Best build Ahri Wild Rift and latest Runes. How to play combos, skills, pros and cons, and counter this champion in the current meta. 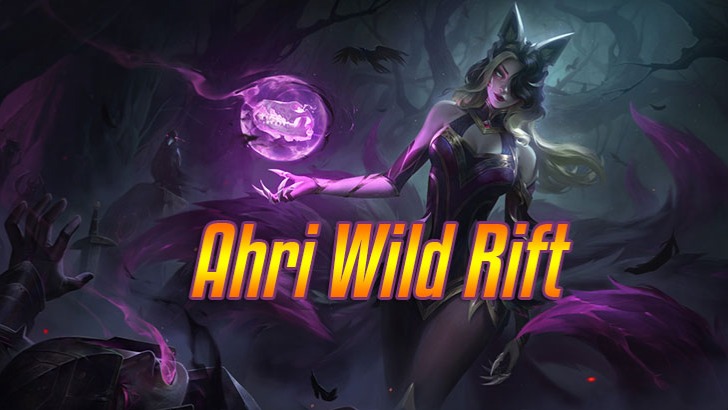 Ahri is a champion that deals damage depending on the skill. So building items with fast cooldowns is quite suitable for Ahri.

Please max Ahri's 1st skill. Because this is the main damage skill, poke and also the skill that helps Ahri farm quickly in the laning phase.

Gains a stack of Essence theft if her spell hits a target. At 3 stacks. Ahri's spell that hits an enemy heals her for 30 AP.

Launches an orb that deals 35 AP on the way out, and 35 true damage on the way back.

Enemies hit by multiple fox-fires take 30% damage for each fox-fire beyond the first.

Blows a kiss that deals 60 AD and charms the first enemy hit, causing them to walk towards Ahri for 1.4 seconds.

Dashes forward and deals 60 AD to 3 nearby enemies.

Can be cast up to 3 times within 10 second before going on cooldown.

How to play Ahri

At the beginning of the game Ahri is not very strong, but when you own 3 items, Ahri will become really strong. True carry general.

Always have your ultimate ready in combat. If you lose the ultimate, Ahri is quite prison.

In case of being hit, turn on to

increase the speed of falling quickly.

to create 3 fireballs around and increase movement speed. After that,

a 99% return and return rate if not using flash to dodge.

Rapid damage stacking in a combo can take the enemy's life.

Good turrets thanks to the ability to heal from the passive.

When the combo is over, it's no longer dangerous.