Best build Akali Wild Rift and latest Runes. How to play combos, skills, pros and cons, and counter this champion in the current meta. 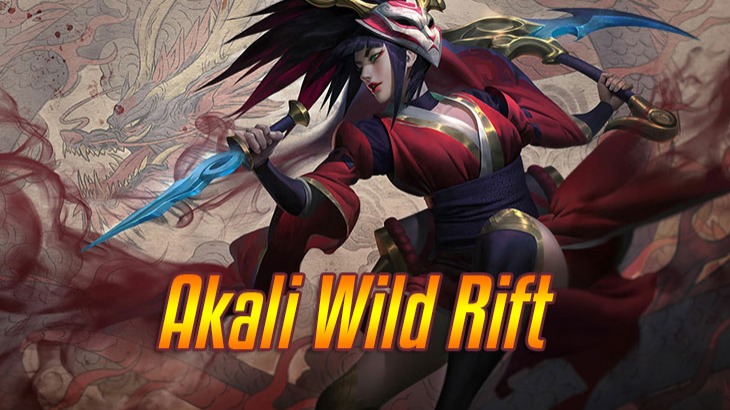 Akali Wild Rift is a super assassin whose melee style deals magic damage. The special feature is the ability to hide in smoke bombs both to dodge damage and choose a position to quickly approach and finish the prey.

The way to build Akalia Wild Rift is to focus on items that deal magic damage. The Hextech gun sword gives Akali physical damage and strong magic from the active passive that will help Akali speed up the pursuit of the target. The next equipment for Akali Wild Rift drains health and reduces cooldown. Helps Akali shock damage fast. 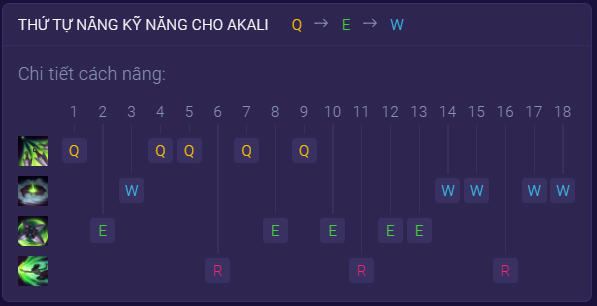 Akali Wild Rift's main damage skill is the Five-Pointed Flying Knife, so it's necessary to raise Max first. Next, Akali needs to raise the Dart to show Akali's terrifying flexibility. The ultimate move is only needed to raise it, it is an important piece in the shock damage combo, the effective control effect of Akali Wild Rift.

Dealing active ability damage to a champion reveals a ring for 4 seconds.

Creates a smoke cloud that expands over 5.5 seconds and grants 80 maximum energy. Akali is invisible and gains 30% Movement Speed inside the shroud.

Attacking breaks the invisibility for 0.8 seconds.

How to play Akali

Passive is the main source of Akali's damage, only when activated will you be considered to know how to play Akali Wild Rift.

at max attack range to instantly activate the passive.

Throwing darts not only has a purpose of marking attacks to approach the enemy, but also to extend the distance. Even jumping through walls.

In the early stages Akali is quite strong so you can trade damage actively.

Akali is stronger than champions with low mobility to avoid Akali's attack.

Akali will lose to champions who have the ability to accelerate to dodge Akali's skills.