Best build Amumu Wild Rift and latest Runes. How to play combos, skills, pros and cons, and counter this champion in the current meta. 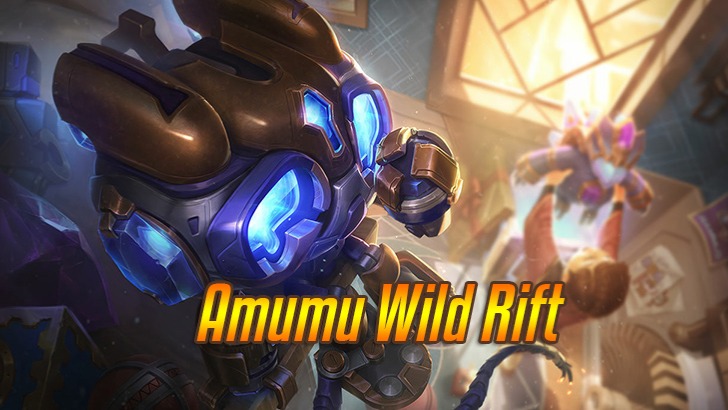 The Amumu Wild Rift build is focused on equipment that increases armor, magic resistance, and resistance. Amumu is a champion that will take damage for the whole team. Rushing into the middle of the enemy Ulti squad and eating a basket of dame in your mouth is all you need to get paid. 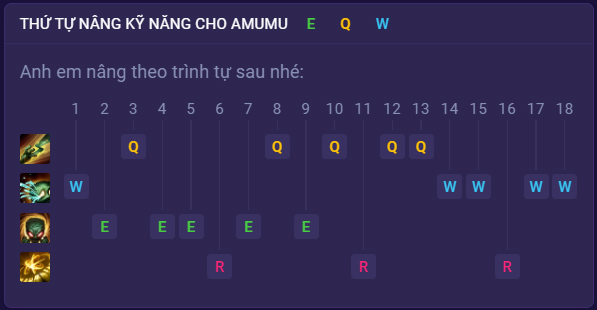 Attacks curse the target to take an additional 10% true damage from incoming magic damage for 3 seconds. Subsequent applications of Cursed Touch will refresh its duration.

Passive: Bandage Toss charges are stored every 14 seconds, up to a maximum of 2 charges.

Active: Launches a bandage that deals 70 magic damage (70 + 70% ?) and stuns the target for 1 second, pulling himself to the target.

Tantrum's cooldown is reduced by 0.5 seconds when Amumu is

CURSE OF THE SAD MUMMY

How to play Amumu

With detailed instructions on how to choose the latest Amumu Wild Rift runes. And how to build Amumu   Wild Rift on a case-by-case basis, hopefully you will terrify your opponent with the damage resistance with the tool to open the fight to catch the enemy team of the Sorrowful Mummy.