Best build Ashe Wild Rift and latest Runes. How to play combos, skills, pros and cons, and counter this champion in the current meta. 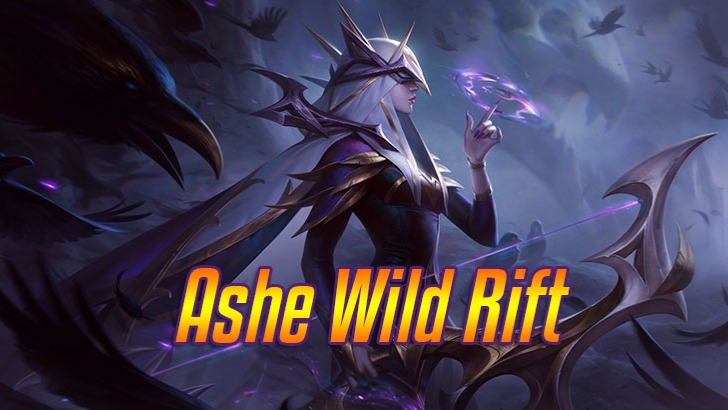 Ashe Wild Rift is a marksman who possesses long-range physical damage with a slow, fast attack speed, and a stun ultimate that can control the entire map. Ashe will be played as Dragon ie top lane in Wild Rift.

Ashe is known for her hit and run kite flying. With the way to build as above, Ashe will comfortably spam skills continuously. Will also deal maximum physical damage, the required attack speed of a gunner.

Plus the ability to suck blood from Blood Sword's passive will help Ashe when participating in teamfights will last longer.

Alternative items when you have to face Ashe counter champion:

The dual-sword magic dance gives speed and a large amount of health when you are low health in order to avoid shock damage.

Cannons increase attack range. The Dance of Death is a comprehensive defense. 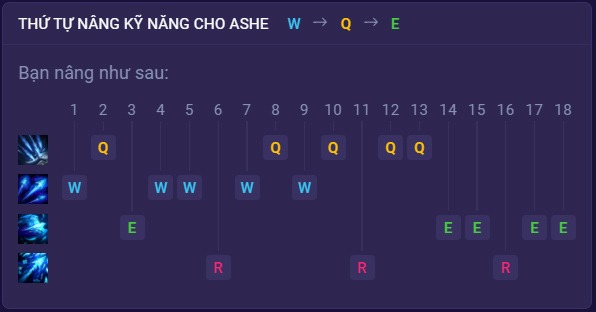 Ashe's critical strikes do not deal extra damage. Instead, they increase Frost Shot's slow to 40% (A), decaying over time.

Passive: Store 2 Focus while Ranger's Focus is not active. Attacks grant an additional stack of Focus (up to 6). Stacks fall off one at a time.

Active: For the next 6 seconds, attacks consume a stack of Focus to fire with 25% Attack Speed and barrage the target with a flurry of arrows for 115% physical damage.

Fires a hawk spirit that can travel infinitely far and briefly reveals units it flies over.

Re-cast: Explodes the hawk, granting vision of the area around it for 5 seconds. Units caught in the initial explosion are revealed for 5 seconds.

Launches a crystal arrow of ice that stuns the first champion nit and deals 200 magic damage (200 + 100%?) to all nearby enemies. The stun lasts between 1.5 to 3.5 seconds, increasing with the distance of the arrow's flight.

Re-cast: Hold and drag to steer the arrow's flight path. The arrow can only deviate from its original launch angle by a fixed amount.

Ashe can still move while the arrow's flight path is being controlled, but will automatically stop steering if she is struck with cast impairing crowd control effects.

How to play Ashe

At the beginning of the game Farm and press the lane when meeting a champion weaker than you. See the list of weaker champions below

Choose a good position in the teamfight.