Best build Caitlyn Wild Rift and latest Runes. How to play combos, skills, pros and cons, and counter this champion in the current meta. 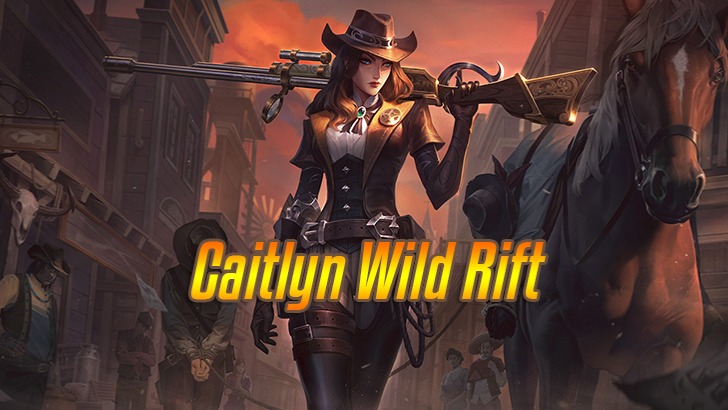 And the firing speed allows Caitlyn to easily kite and hit and run opponents. Besides, to accumulate passive to the 7th fastest.

If you want to clear soldiers quickly, the damage spread is up

And if you want to build a oneshot style that shoots targets from a distance and slows down your opponent, you go up 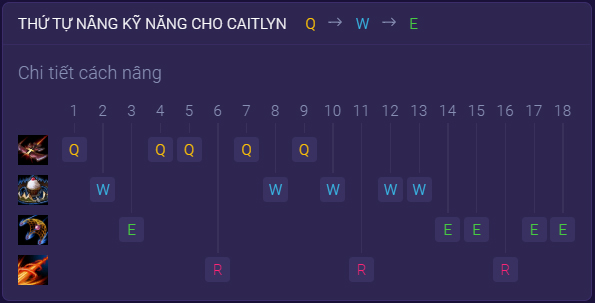 Every 6 attacks fires a Headshot, dealing 29 bonus physical damage (50% + 125%). Trapped or netted enemies trigger a Headshot that has double range.

Fires a narrow piercing bullet that deals 133 physical damage (60, + 125%/\). Hitting an enemy expands the bullet, but reduces subsequent damage by 40%.

Sets a trap that enemy champions can spring, immobilizing then for 1.5 seconds and Revealing them for a short duration

Traps last for 30 seconds and 2 can be active at once.

ACE IN THE HOLE

Lines up the perfect shot, Revealing an enemy champion for 1.5 second(s) before dealing physical damage equal to 200 (200+ 200% bonus ») plus 20% of their missing Health. Enemy champions can intercept the bullet before it hits their ally.

How to play Caitlyn

First to maximize damage you need to pay attention to the marksmanship passive under the health bar. Shot for the greatest damage when fully charged. Applied to the opponent's poke phase.

used to block ganks. It is also possible to keep close to the edge of the dust, the enemy to check the eye is very attached.

Always keep to prevent ganking. If you hit it, return the damage to the enemy's face.

Strong from the beginning of the game, you can trade damage with the other gunner without being afraid of stains.

The mid game is a bit slow because Caitlyn is quite dependent on items.

Long range. Easy to crush and poke the land, sometimes the enemy can't reach you.