Best build Ekko Wild Rift and latest Runes. How to play combos, skills, pros and cons, and counter this champion in the current meta. 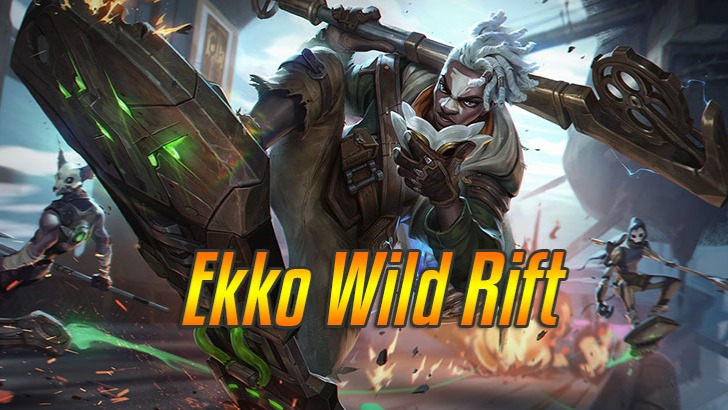 is a must-have item when with the passive for damage on the 3rd attack to stack extremely strong damage.

With 2 large items Ekko was able to shock dame to die 1 hero of paper blood. 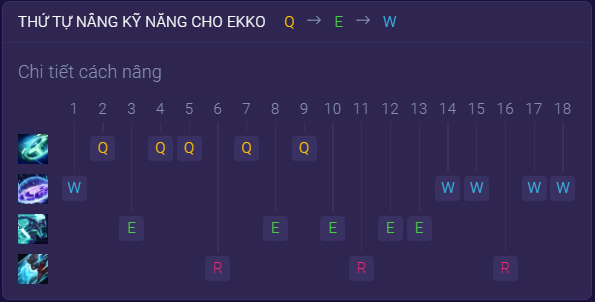 Throws a temporal device, dealing 60 AP. On hitting a champion or the distance limit, it expands into a field that slows by 30%. The device then returns to Ekko dealing.

Active: launches a chronosphere that lasts 1.5 second, slowing by 40%. If Ekko enters the sphere it detonates, stunning for 2.25 seconds and granting Ekko a shield that absorbs 70 damage for 2 seconds.

Dashes in a target direction. Ekko's next attack within 3 seconds gains range and causes Ekko to blink to his target and deal an additional 60 magic damage.

Becomes untargetable and returns to his position 3.5 seconds ago and heals for 100 AP, increased by 3% per 1% of health lost within 3.5 seconds.

Upon arrvial Ekko deals 150 AP to nearby enemies.

How to play Ekko

to try to make them general, in addition to rushing to it and returning, you dodge so that they can get enemy champions to maximize damage. Or at best last hit minions when grenades return.

Always remember to count to 3 whether it's a normal attack or a skill on the same champion that gives explosive damage on the 3rd shot, which is relatively good.

It's safe to play early in the game, a target that leveled up early when level 3 can start attacking.