Ezreal Wild Rift: is a good poke marksman, quick to deal damage, and extremely mobile. Runes and how to build Ezreal according to the latest meta. Instructions on how to play, full combos and counter the Prodigal Explorer at Kicdo. 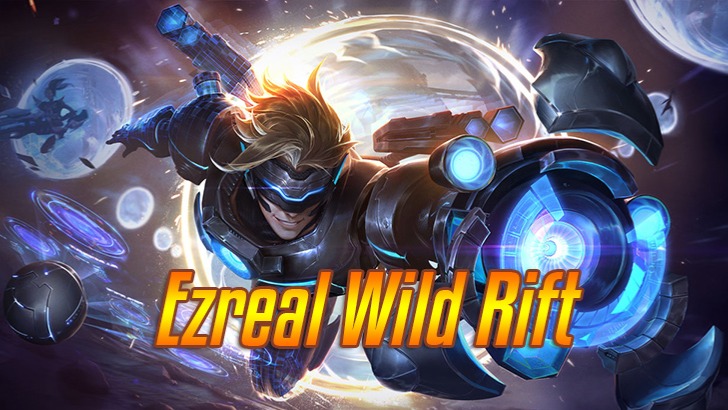 Ezreal Wild Rift is an AD carry who is often played in the Dragon lane as a Carry. Ezreal deals mixed damage. Good mobility is considered an easy champion to play.

The fast damage discharge rate and the ability to escape is extremely difficult to catch but comes with the disadvantage of mana shortage, with the way to increase the rune and how to build at Kicdo will overcome that weakness.

Ezreal's strength comes from a series of annoying constant pokes and spams during the laning phase. Therefore, your items will be items with skill cooldown points.

With Manamune to ensure the amount of Mana to help Ez freely launch the poke skill.

The three swords will be an item that increases Ez's attack speed. Frost Gloves create discomfort that slows champions hit. And Thien Thien Giap is confident when being damaged by assassin generals.

Ezreal possesses a mixture of AD and AP damage, so you can customize the situation to equip.

You will depend on the situation of the enemy team, if the AP is too strong, you will increase magic resistance and vice versa if the AD shoots too hard. Best to Dance of Death when bringing too much benefit to Ez.

Then points are left for

Gains 10% attack speed for 8 seconds when hitting abilities, stacking up to 4 times.

Hitting a target reduces Ezreal's other ability cooldown by 1.5 seconds.

Fires an orb that sticks to a champion, epic monster, or structure for 4 seconds.

Hitting the target with an attack or ability detonates the orb, dealing 80 AP and refunding 60 mana.

Blinks to target location and fires a bolt dealing 80 AP.

Prioritizes hit by essence flux, then the nearest enemy.

How to play Ezreal

Benefit from continuous fighting thanks to the passive stack that increases attack speed and damage. Find a way to poke enemy champions continuously in the early game to snowball early.

also helps Ezreal reduce the cooldown of all other skills. So there is also a trick when laning Ezreal can temporarily fire on monsters to speed up the cooldown.

When you reach level 5 to unlock

the last skill, you always need to keep an eye on the small map looking for opportunities

to shoot to different locations on the map. Support teammates, and check vision. Don't worry because the cooldown is relatively fast.

Mid-game is the strongest phase of Ezreal, it is completely possible to stop flying half of the opponent's health tree with just a simple combo. Now is the time to play more aggressively.

Tip: pay attention to stacking 4 times under the mana bar, at this time Ezreal's damage is the strongest.

it in all situations, only really useful when you need allin because this is Ezreal's escape tool against unexpected ganks.

At the end of the game in the combat phase, always choose a good position without having to be too greedy to stand near the position of the champion that supports your team. Simply if you are caught alone, your team will lose a huge source of damage, only a broken combat phase can cost the whole game.

Maximize DPS by canceling your basic attack's animation with

This combo is quite basic, allowing for long-range energy recovery and also explosive damage.

Stand behind soldiers to avoid

. If Ezreal has lost

this is the best time to destroy him.