Best build Fiora Wild Rift and latest Runes. How to play combos, skills, pros and cons, and counter this champion in the current meta. 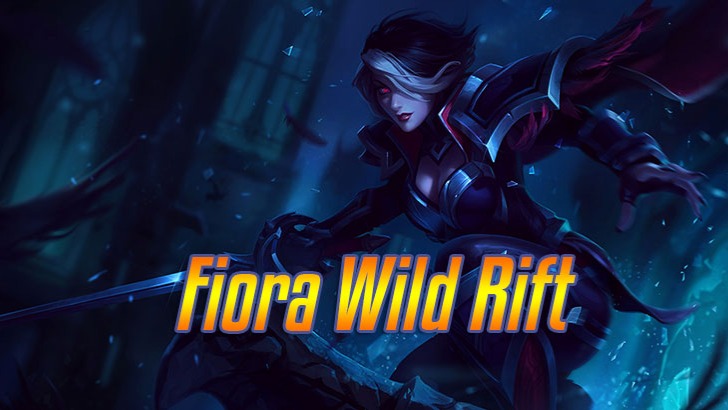 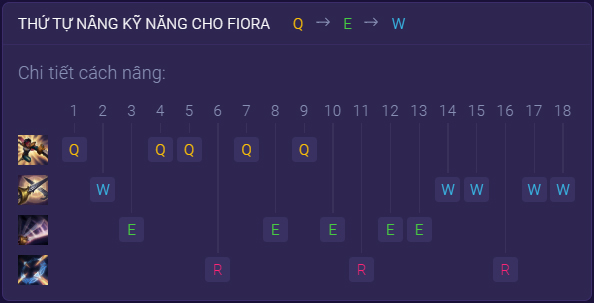 New Vitals are revealed after striking one, or after 19:55

Lunge prioritizes Vitals and enemies it will RTIT. Applies on-hit, effects to the primary target.

Parries all incoming damage and debuffs for the next 0.75 seconds. Then stabs in the target direction, dealing magic damage (120 + 100% 2) to the first enemy champion, slowing their Movement Speed and Attack Speed by 50% for 1.5 seconds.

Riposte stuns instead of slows if it parries an immobilizing effect.

Empowers the next 2 attacks with 60% Attack Speed. The first attack applies a 30% slow for 1s, but cannot critically strike. The second attack will always critically strike for 170% physical damage.

Reveals all 4 Vitals on an enemy champion for 8 seconds and grants Duelist's Dance's Movement Speed while near them.

Striking all 4 Vitals in 8 seconds -or if the target dies after at least one hit- heals Fiora and nearby allies for 80 (80 + 60% bonus Oy each second. The heal persists for 2 to 5 seconds, scaling with the number of Vitals hit.

How to play Fiora