Best build Fizz Wild Rift and latest Runes. How to play combos, skills, pros and cons, and counter this champion in the current meta. 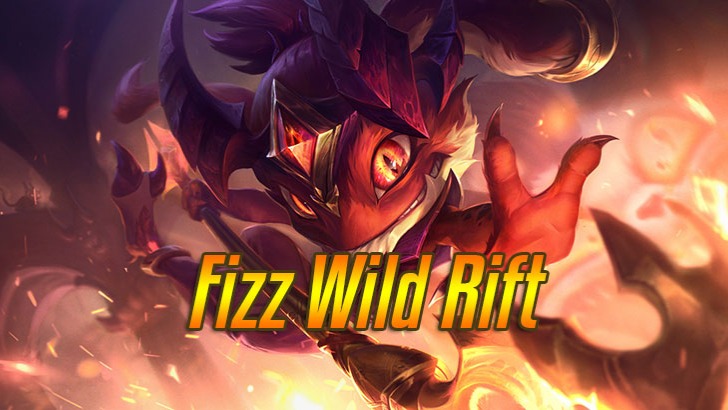 is a must-have item for Fizz. Because Fizz's skill gives an on-hit effect that deals extra damage from basic attacks.

is the equipment you will gain after upgrading the shoe. Because you have to rush into the enemy team to deal damage to important enemy champions, Fizz will often be the target of a lot of damage. Both to preserve life and to harass the enemy squad. Fizz sucks most of the damage and turns on the meter to wait for the team to come to support and jump out of the fight.

are two items that guarantee Fizz's magic damage output at the highest level, able to destroy enemy champions with just one combo.

If the amount of magic power is not enough, then with the day gem will increase damage by 20% when the enemy champion is below 35% health, creating a mutant amount of damage.

When the enemy team has a pretty strong tanker with good healing ability, you will need to get this equipment.

In short, Fizz will focus on equipment for magic power, attack effects, magic resistance, and reduced healing to be able to take advantage of the skill set to become a heavy assassin. 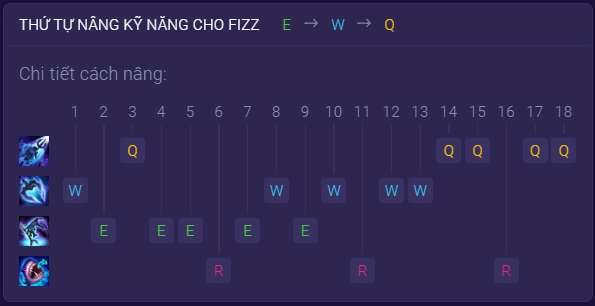 is the skill you will raise Max first. This is a skill that helps Fizz both clear minions quickly and avoid unexpected ganks. As well as quickly approaching the prey.

Killing a unit with the first attack reduces Rending Wave's cooldown to 1 second.

Vaults to a target location, becoming untargetable while balanced on the trident. After 1.2 seconds, Fizz hops down with a large splash that deals 75 magic damage and slows enemies hit by 50% for 2 seconds.

Re-cast: Hop down early towards a direction but deal damage in a smaller splash that does not slow enemies.

Launches a fish in target detection that attaches to the first champion hit and reveals them. After 2 seconds, the fish attacts a shark that knocks up its target and knock away enemies around them. The farther the fish travels, the larger the shark it will attract, dealing 150 to 300 AP and slowing enemies hit by 40% to 80% based on the size of the shark.

How to play Fizz

At the beginning of the game, you can farm as quickly as possible to level 3 to be able to trade dame with enemy champions.

In the middle of the match, Fizz can completely freeze the opponent. Put minions on flash then allin and jump off the turret with

The ultimate can be used to initiate combat very well, harassing the enemy squad.

Roam if the minions allow it, the position is the mid-layer thanks to good maneuverability plus the ultimate ability to catch the prey. Ganking is possible with Fizz.

Continuous prep in early levels. The low health will make Fizz unable to farm. When Fizz has used Fizz, it will be very easy to gank.