Best build Garen Wild Rift and latest Runes. How to play combos, skills, pros and cons, and counter this champion in the current meta. 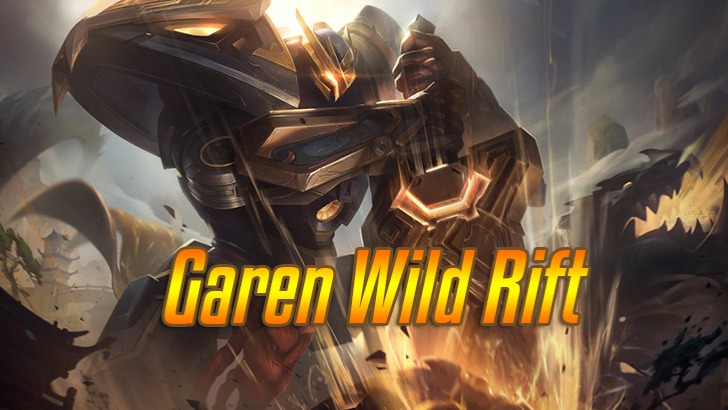 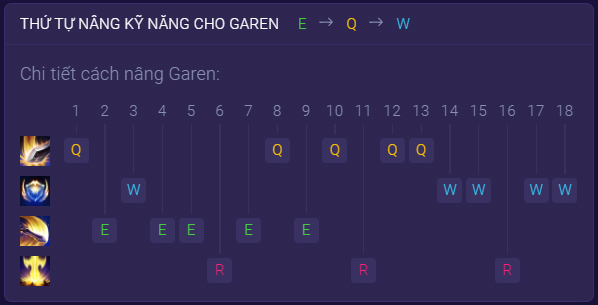 If Garen has not been struck by damage or enemy abilities within the last 5 seconds, he regenerates 1.2% missing Health (A) per second.

Damage from minions and non-epic monsters does not affect this effect.

Breaks free from all slows, becoming immune to them for 0.5 seconds and gaining 30% Movement Speed for 3 seconds.

The next attack within 3 seconds is empowered to deal an additional 56 physical damage (30 + 40% /) and silence the target for 1.5 seconds.

Reduce damage taken for 2 seconds. For the first 1 second(s), damage is reduced by 60% and Garen gains 60% Tenacity.

Damage is reduced by 30% for the remaining duration,

Tenacity reduces the duration of most movement impairing effects.

Rapidly spin in a bladestorm for 3 seconds, dealing 29 physical damage (9 + 30%) 8 times. Enemies hit by the bladestorm's edge are critically struck for 125% damage.

Deals a max of 600 damage to epic monsters.

How to play Garen

With detailed instructions on how to choose the latest  Garen Rich Rift  rune board. And how to build Garen itemWild-Fight on a case-by-case basis, hopefully you will terrify your opponent with your ability to withstand damage with outstanding healing ability, if you let Demacia's Power reach it, only There are numbers on the board.

Please leave a comment about this Meta Garen Wild Rift at Kicdo.