Best build Gragas Wild Rift and latest Runes. How to play combos, skills, pros and cons, and counter this champion in the current meta. 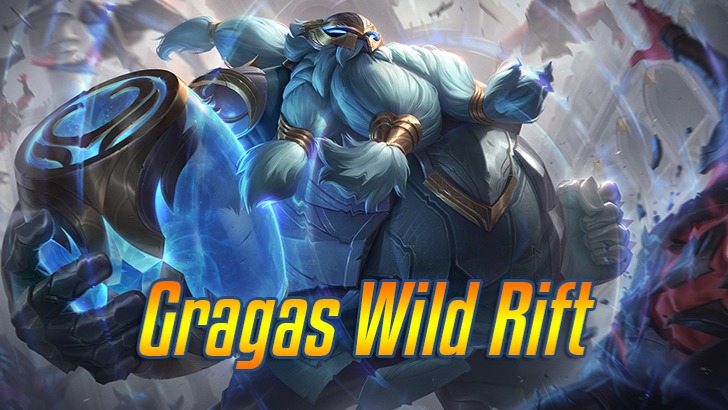 Gragas Wild Rift is an extremely strong early game mage that delivers extremely high quality ganks. Has the ability to heal against approaching the stun target. Also possesses AOE damage. Gragas will be most effective when jungling and ganking right from level 2. 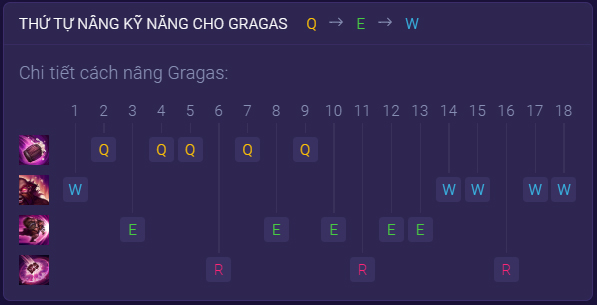 The damage and slow amount increase over the first 1.5 seconds, by up to 150%.

The cask reveals the area and deals 50% damage to minions.

The next attack within 5 seconds after drinking is empowered to splash nearby enemies for bonus magic damage equal to 20 (20 + 65% 2) plus 7% of their max Health.

Charges forward, colliding with the first enemy hit to deal 80 magic damage (80 + 60% 2) to nearby enemies. Enemies hit are also bumped backwards, stunning them for 1s.

Body Slam's cooldown is reduced by 3s if it succesfully collides with an enemy.

Hurls a potent cask that explodes when it lands, dealing 200magic damage (200 + 70% ) and knocking enemies away from the explosion's center.

The cask has a fixed travel time.

How to play Gragas

With detailed instructions on how to choose the latest  Gragas Wild Rift board . And how to build Gragas Wild Rift on a case-by-case basis, hopefully you will terrify your opponent with the Alcohol Bitch's combat opening tool, if you cleverly set a trap, you can completely create a one-kill combo.