Best build Graves Wild Rift and latest Runes. How to play combos, skills, pros and cons, and counter this champion in the current meta. 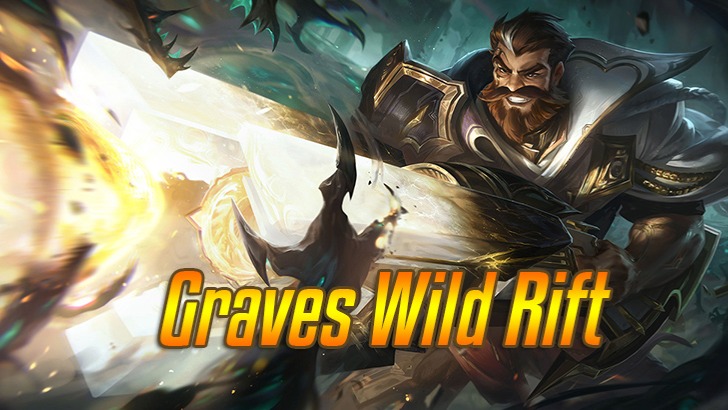 Graves Wild Rift is a marksman but has gladiator blood. The ability to deal long-range damage, with a high amount of physical damage combined with the ability to disable, dash, and blind. The splash damage ultimate makes Graves the most mobile champion in Wild Rift.

Wild Rift Graves will be used for jungle.

The key for Graves to create maximum damage is to get closer to the target to shoot. Therefore, critical items are quite suitable for this champion.

With the way to build the item above, Graves fired 2 shots and recovered the skill 3 to continue surfing, in addition, it also increased a pile of armor. And yet, the ability to slow down the enemy comes from

, it is difficult for anyone to escape from Graves' hand. 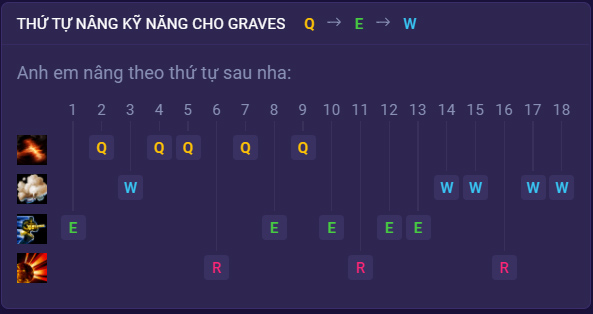 END OF THE LINE

Detonates in 0.25s if the round hits terrain. Deals 120% damage against monsters.

Throws a canister that creates a cloud of smoke for 4 seconds. Enemies within the smoke cannot see outside of it.

Enemies damaged by the shell's initial impact do not take damage from the explosive cone.

How to play Graves

With detailed instructions on how to choose the latest Graves Wild Rift rune. And how to build Graves Wild Rift on a case-by-case basis, hopefully you will terrify your opponent with the ability to quickly approach the target, blind the direction, and the explosive cannonball that deals massive damage in the game. this Outlaw's picture.

Please leave a comment about this Wild Rift Meta Graves at Kicdo.