Best build Janna Wild Rift and latest Runes. How to play combos, skills, pros and cons, and counter this champion in the current meta. 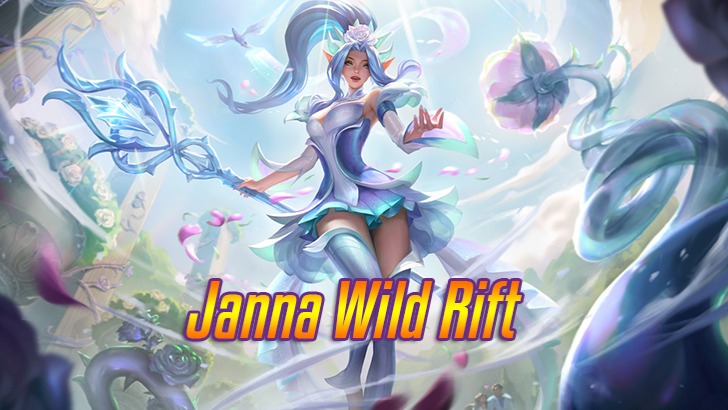 Janna Wild Rift is a wind mage who plays a supporting role thanks to her knock-down and slow skill sets. Janna is playing the Dragon position.

The way to build Janna Wild Rift is to focus on items that reduce cooldown and increase mana. The purpose is to buff continuously for AD, AP the necessary stats. Add a bit of magic damage to make the pokes that don't farm both in lane and in teamfights more valuable.

Summons a whirlwind that gains damage, range, and knock-up duration as it charges up (max charge at 3 seconds).

The whirlwind always reaches its destination in 1 seconds.

Passive: While Zephyr is not on cooldown, gain 6% Movement Speed and deal an additional O magic damage (25% bonus ), with attacks.

EYE OF THE STORM

Calls forth mighty winds of salvation to knock back surrounding enemies and restore 100 Health (100 + 50% ) to nearby allies each second for 3 seconds.

How to play Janna

With detailed instructions on how to choose the latest Jannah Wild Rift rune. And how to build Janna Wild Rift on a case-by-case basis, hopefully you will terrify your opponent with the knocking skill of Storm's Wrath.