Best build Jarvan IV Wild Rift and latest Runes. How to play combos, skills, pros and cons, and counter this champion in the current meta. 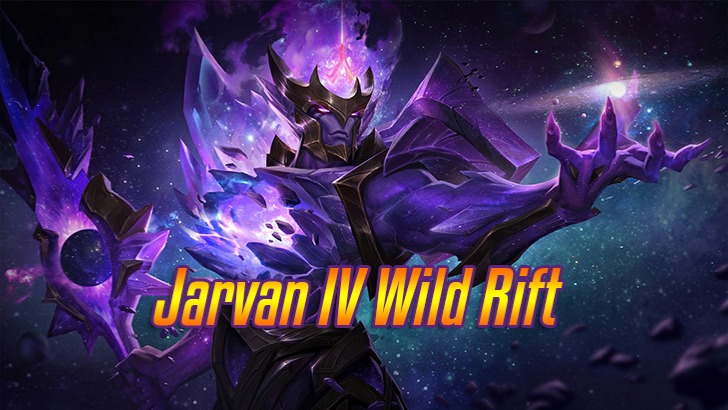 Jarvan IV Wild Rift is a tank and also a fighter who possesses a melee attack that is suitable for AD cages. Breaks armor and slows enemies. Possessing a special wall-penetrating acceleration skin, Jarvan is very suitable for Ganks. Catching the right person to catch is the key to success when playing this champion.

The first attack against an enemy deals bonus physical damage equal to 8% of their current Health (6 second cooldown per unique enemy).

Unleashes a regal aura that slows surrounding enemies by 20%, for 2 seconds and grants a shield that absorbs 65 damage for 5 seconds.

Absorbs 13 (2.1% max) more damage for each nearby enemy champion.

Tapping this ability while near a Demacian Standard will cast Dragon Strike towards it.

Heroically leaps to an enemy champion, dealing 200 physical damage (200 + 170% bonus ) to nearby enemies and creating an arena of impassable terrain around them for 3.5 seconds.

Cast again to collapse the terrain.

How to play Jarvan IV

With detailed instructions on how to choose the latest  Jarvan IV Wild Rift Runes. And how to build Jarvan IV Wild Rift on a case-by-case basis, hopefully you will terrify your opponent with the necessary odd-capture resistance and the mutant muzzle lock phases of Demacia's Symbol.