Jinx Wild Rift: Runes and best items to build in the current meta. Instructions on how to play Jinx Wild Rift a marksman with extremely strong fire speed and damage at the end of the game. 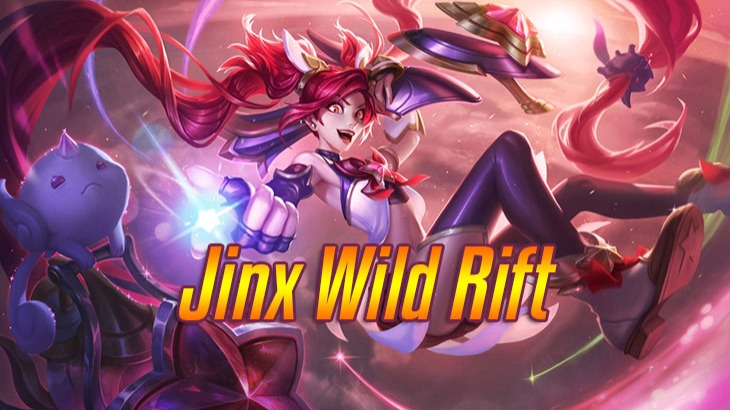 The most important equipment of Jinx Wild Rift are all items that deal physical damage and give attack speed. Multi-target and increase crit chance to 100%.

Besides, Angel Armor as an insurance equipment helps Jinx live longer in teamfights. 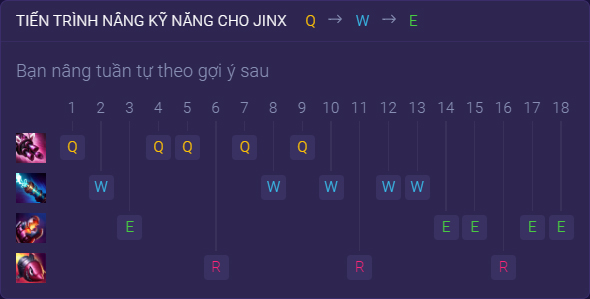 Switcheroo is the skill you need to max out first. Can customize each situation to shoot single or multi-target.

Scoring a takedown on a champion or structure that Jinx has damaged within the last 3 seconds grants her 150% decaying. Movement Speed and 15% Total Attack Speed for 6 seconds.

While Excited Jinx can exceed the Attack Speed cap.

Fishbones the rocket launcher: Attacks cost Mana but again 75 range and explode to deal 110% damage to the target and enemies around it.

Pow-pow the minigun Attacks grant bonus attack speed for 2.5 seconds. This effect stacks up to 3 times for a total bonus of 30%.

Pow-pow's stacks fall off one at a time and will only benefit the first attack fired fishbones.

Fires a shock blast that deals 103 AD to the first enemy hit, granting vision of it and snowing it by 30% for 2 seconds.

Tosses out three chompers that arm after a brief delay. Chompers explode on contact with enemy champions, interrupting their dashes and rooting them for 1.3 seconds. Enemies hit by the explosion take 70 AP.

Chompers last for 5 seconds and will explode automatically if no champion triggers them.

Fires a mega-rocket that gains damage and speed over the first second it travels. The rocket explodes on the first enemy champion hit, dealing 25 to 250 AD plus 25% of their missing health. Nearby enemies take 80% damage.

Deals a max of 500 damage to epic monsters.

How to play Jinx

Play safe, focus on farming without trying to poke enemy champions. Keep the minion position always close to the turret. Because Jinx is quite weak in the early stages, it can't do too much damage.

splash damage on ranged minions if you want to poke even more enemy champions.

Always go to support, do not go alone to rob large targets on the map. Jinx is a champion that will benefit in prolonged matches, and even in long-term teamfights, thanks to his passive. Increased attack speed and movement ability to help Jinx fly kites well.

At this point, teamfights will take place often next to big targets like Baron or Dragon. Choose a safe standing position, do not be targeted at the beginning of the fight. Just have a chance to shoot you will destroy the whole enemy team.

with an ally's CC to tie down enemy champions and deal more damage. Specifically, as soon as the enemy champion is hit by CC, throw it at the enemy's feet, at least it will force the speed of the enemy. Combining it with

will give double the effect.

Always check the minimap, look for enemy champions in the remaining lanes with low health to use

support or even network ks.

always put at your feet or press the corner because Jinx just not letting the enemy champion close is enough to create loads of damage.

Focus on poking Jinx early in the game. Regularly call the jungle to gank. Or choose an assassin champion that ramps up damage quickly to capture Jinx individually.

Jinx Wild Rift skins if you plan to shop: 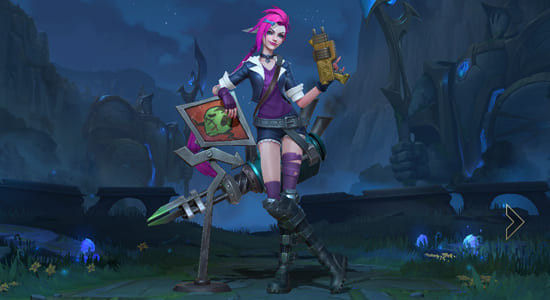