Best build Kai'sa Wild Rift and latest Runes. How to play combos, skills, pros and cons, and counter this champion in the current meta. 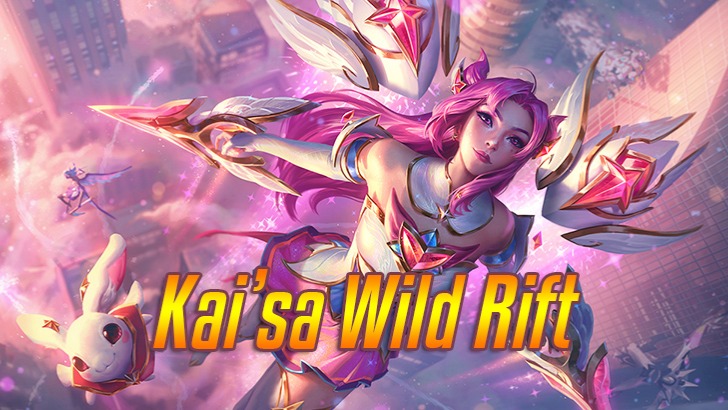 Kai'sa Wild Rift is a marksman with the ability to be an assassin. Possesses long-range damage with an extremely large amount of damage. Great mobility.

Kai'sa will take the position of Dragon in Wild Rift.

Kai'sa has increased damage towards the end of the game. The early game is a bit weak compared to other gunners.

Can't shoot many targets so need to go crazy. To get 3 stacks on 3 targets at once.

The way to build Kai'sa Wild Rift is to choose equipment that has the ability to suck blood and comes with attack speed. Please sequentially upgrade the equipment as above. With the first 4 items being the most important equipment for Kai'sa.

The Infinity Sword and Angel Armor items ensure Kai'sa with a large amount of damage and confidence when rushing into the middle of the enemy team to kill the enemy AD team.

These options will be for the enemy team with too much armor. 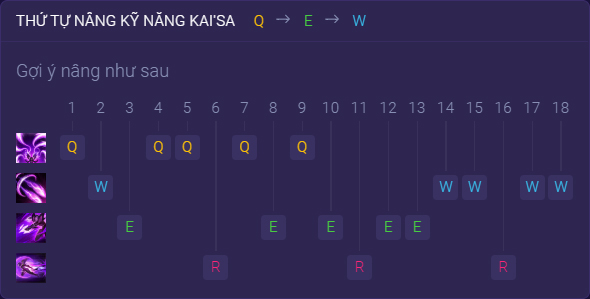 Nearby allies apply 1 stack to champions they immobilize.

Plasma detonations deal a max of 400 damage to monsters.

How to play Kai'sa

Icathia Rain if you want to put damage on a specific target, angle and dodge minions. Or simply kill all the minions and then use it to ensure the strongest damage to the enemy champion's mouth.

of an enhanced Icathia Rain, it clears all ranged minions in one hit. Therefore, the goal is to strengthen early to farm soldiers quickly.

Tip: If you use skill 1 before using skill 3, it will save you time to deal damage while activating skill 3 without basic attack.

Chasing Ray should be used when the opponent is under a lot of pressure on the body to give the greatest damage.

Accumulating Energy used before turning on the ultimate to fly into the enemy will save time to activate quick fire.

Killer Instinct creates armor and flies to the selected target that can be used to fly through terrain dealing damage to enemies in a safe location or to run away.

Late game can vaporize other marksmen in the blink of an eye.

There are 2 layers of life protection: stealth speed running from skill 3 and insurance layer from ultimate ability.

Engage in lightning-fast remote combat from your killer instinct skills.

Kai'sa is stronger than champions with low mobility damage and no CC ability.