Karma Wild Rift: is a support that can deal damage, buff speed, and root enemies. The right build and rune table will maximize the power of this Enlightener. 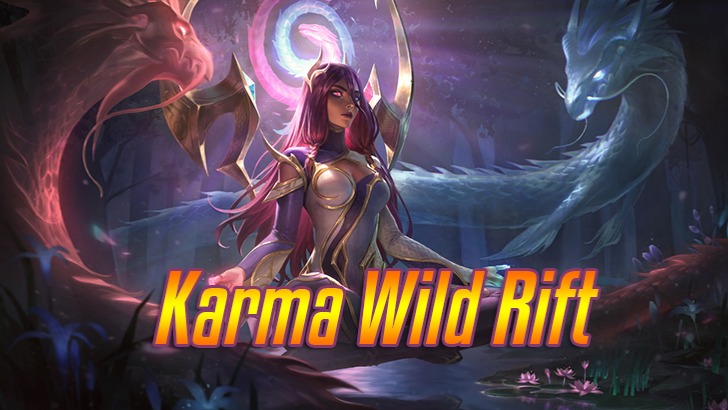 Especially, spamming a lot will quickly activate the passive, which benefits both ways.

If you go to support you will choose items such as bodyguard oath, harmonic echo, Athene demon cup.

Every spell cast grants Karma a stack of Mantra. At 3 stacks, she enters a Mantra State, enhancing her next basic ability.

Fires a blast of energy, dealing 60 magic damage (60 + to the first target hit and surrounding enemies, and slowing them by 35% for 1.5 seconds.

Mantra: Karma focuses her power, granting a 120 shield (1204 50% 2) that decays over 4 seconds and 60% movement speed that decays to 20% over the same duration. An additional ring is generated around the shielded target, and the first ally champion who enters the ring will be granted the same shield.

Forms a ring of spirit energy at the target location. After 1s, it detonates, dealing 150 magic damage (150 + 60% ) to all enemies inside the circle and slowing them by 35% for 1s. If enemies are hit by the outer ring, they will be knocked back, toward the center.

How to play Karma

The correct way of playing Karma is to roam, Karma will only be on AD support in the first levels of the game. Then use the speed buff Linh Giap skill to roam the whole map.

Presence in hot spots of harassment rooting enemies. Don't worry about the level because you own damage, so the main task is to harass the enemy AD.

Pay special attention to being ganked at the first level, but being ganked, both will probably go to the countdown board.

To put it rightly, Karma's exact job is to buff the best player on the team and get the job done. Not the type of champion that can allin stack damage.

Support but can deal damage.

Need a lot of energy