Kha'zix Wild Rift: assassins like to play stealthy peek-a-boo with AD kids. This mosquito with the way to dress up and the genuine jade table below will optimize the horror game series. Video combo of Void Assassin at Kicdo. 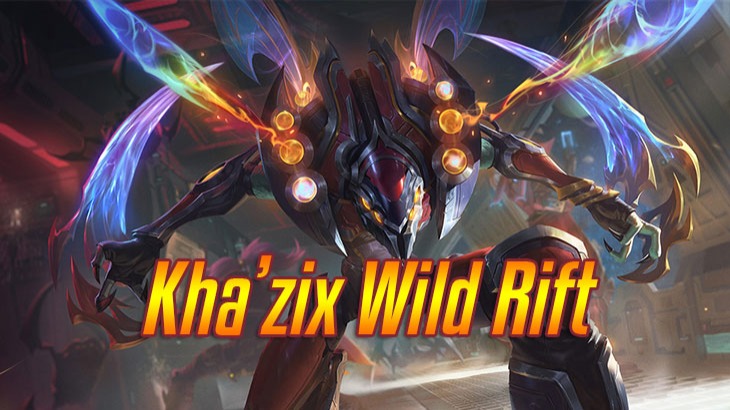 Possesses Physical Damage so it needs to be on items that deal damage. In essence, the assassin needs to shock damage quickly, the armor piercing items attack speed to quickly force and breathe the fragile AD and AP babies. Specifically:

for armor penetration and increased flexibility to the extreme. Besides, it increases the attack speed of the necessary stats of an assassin

with the stealth combo from Void Assault instantly activate this item for 125 bonus physical damage and slow. This is an item that is too suitable for shock damage purposes.

armor reduction by 4%, stacking up to 6 times, anyone who can think well will calculate 24% immediately. Remember to eat 1 champion, you will activate the passive of this Black Ax, increasing 60 movement speed, whoever catches up.

legitimate defensive items if enemy AD and AP are protected too harshly. Before the split has disappeared right from the parking round, it is not a killer anymore.

holding it also helps you confidently show off your personality. 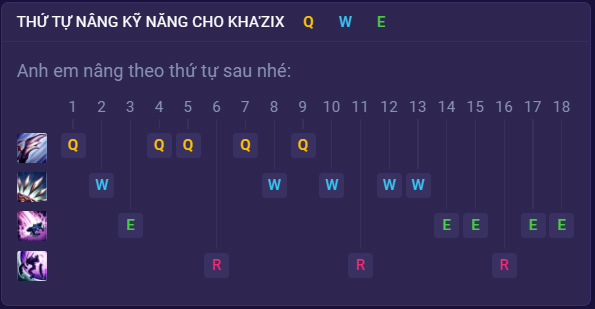 Enhances next attack against enemy champions to deal an additional 14 AP and slow by 25% for 2 seconds.

Unseen threat is refreshed when the enemy team loses sight of Kha'Zix.

Slashes with his claws dealing 50 AD. If the target is isolated, the damage is increased by 110%.

Evolved Reaper Claws: Attacks and Taste their fear gain 50 range 45% of taste their fear's cooldown is refunded against isolated targets.

Units without allied units or structures nearby are isolated.

Fires spikes that deal 80 AD heals himself for 40 if he is within the explosion.

Passive: Each rank in void assault allows Kha'Zix to evolve one of his abilities.

Evolved Adaptive cloaking: invisibility duration is increased to 2 seconds and can be cast up to three times.

How to play Kha'Zix

Take advantage of the bushes to hide and optimize damage.

Stand near enemies and use Void Thorns to heal yourself.

Using jump and the ultimate attack on the void will be able to escape dangerous situations, can both dodge CC, and can approach the prey unstoppable.

Ready to solo 1-1 with the enemy team jungle. Or any other solo situation. Thanks to the passive Kha'zix like a poisonous mosquito is buffed without being bored with bctn.

Jungle tips try to eat as many green charms. Slow and fast cooldown for skill 1.

In combat, choose the most dying character to deal damage. The kill will add a lot of damage and flexibility to continue to take down other prey. This is the type of champion that eats each of them one by one, not the type that eats them all at once.

Reach your prey with stealth. Not to mention the ability to dance flexibly to gank it is easy.

Has the ability to slow enemies coming from the passive, Void thorns

Has the ability to heal.

Has the ability to deal splash damage and bounce as well as jump range if knocking down an enemy.

Solo 1-1 is the advantage of Kha'zix really the strongest damage is when solo 1-1.

Thien goes to catch the individual, but the combat is a bit weak.

Choose a safe time to upgrade skills. Standing in the middle of the enemy team and pressing upgrade will have a fried mantis dish with fish sauce.

Build fast damage reduction items like Dance or armor. The lack of damage for a combo of this mantis will be on the fried plate.