Best build Lulu Wild Rift and latest Runes. How to play combos, skills, pros and cons, and counter this champion in the current meta. 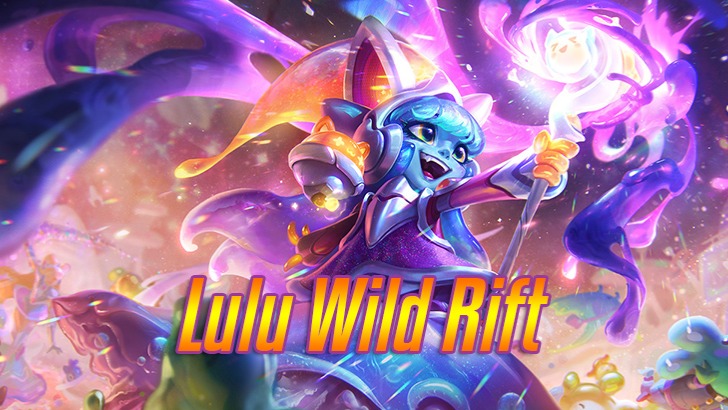 With the above Lulu Wild Rift rune, it will bring a Lulu full of humanity pumping for AD from blood, armor penetration, to gold. If AD sees you on the top gem board, he'll probably call you Sugar Daddy.

Another point Lulu will tend to buff the stats for AD carry, so the most suitable rune table is summoning Aery.

And if you are going to take Lulu to go solo, Baron, Mid, Top, then the Electric Shock gem will be true love.

Lulu Wild Rift goes on Dragon's way to play the role of a hero to save a beauties who raise AD like a child - Support. Deal magic damage.

Extremely suitable to go with strong ADs in late game and have aggressive gameplay that is always in front of you to get you buff buff and buff.

The main task is to protect the main force, the team causes control effects on the enemy in combat.

In addition, Lulu can go single Mid, Top thanks to the large amount of magic damage. And the skill house Spear of Light quickly clears minions and pokes very hard to dodge.

You will build items that give health, armor, and magic power to Support Lulu.

Single lane you will build magic items even on critical is ok if you plan to go dual. 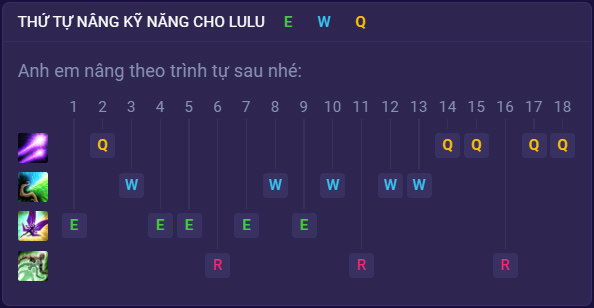 Pix creates a faerie ring, attaching to the first champion that enters for 5 second(s) and casting an additional effect on them.

On Enemies: Polymorphs the enemy for 1 second(s), disabling, them from attacking or casting abilities and reducing their Movement Speed by 60. Reveals them while attached.

Pix's ring will prioritize polymorphing enemies over speeding up allies.

Attaches Pix to target enemy or ally champion for 5 second(s).

How to play Lulu

Lulu Wild Rift is a support champion with a penchant for single-target protection. Therefore, in the laning phase, Lulu will be stronger than most other supports.

For ADs with paper health or being dammed by assassins, Lulu's ultimate is a lifeline that can't be better, both bringing CC to knock up champions approaching AD and pumping enough blood for AD to turn around and see who is beneficial. than.

With not too much health, Lulu will be in the front line after throwing stones at the conference to maximize the effect of using Lulu.

In case an assassin rushes to eat your AD, you can use Metamorphosis, turn it into an animal and vice versa if AD is craving fresh meat and rushes to the enemy, buff his AD to increase his eating speed faster.

Any help Pix will do the same, you will depend on the situation if AD is being damaged, use it on AD to create armor

Genius of blood-pecking is extremely annoying.

Is a real protection when both can pump armor and blood for AD.

Costs quite a bit of mana per skill

With detailed instructions on how to choose the latest Lulu Wild Rift rune board . And how to build Lulu Wild Rift on a case-by-case basis, hopefully you will be a heavy dose of doping for AD.

Please leave a comment about this Wild Rift Meta Lulu and the Meta you are using at Kicdo.