Best build Morgana Wild Rift and latest Runes. How to play combos, skills, pros and cons, and counter this champion in the current meta. 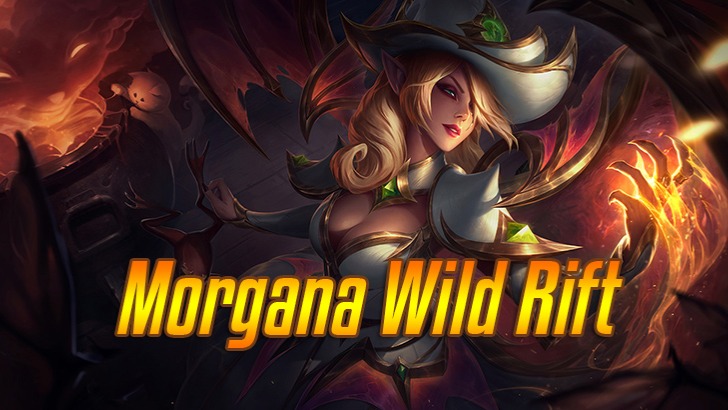 Possessing wide area damage, Morgana can go to the jungle and also

deal 150% damage to monsters to get this meta. However, with the ability to control hard and create armor for teammates, the support position is prioritized above all.

Morgana Wild Rift does not give too much damage with hand attacks that damage comes from the skill set so you will need to prioritize items that increase skill regeneration to spam skills more.

very suitable for a champion with the ability to slow or root like Morgana.

Morgana heals for 20% of the damage dealt with abilities against champions, large minions and large monsters.

curses an area for 5 seconas, dealing 5 magic dan (5+/%* every 0.5 seconds to enemies within, increased by up to 170% based on their missing health. Tormented Soil deals 225% damage against monsters.

Places a barrier around an allied champion for 5 seconds, absorbing 80 magic damage (80 +60% ) and blocking disables while the shield holds.

Morgana gains 15% movement speed as long as the chains last.

How to play Morgana

Morgana in the game will play the role of a general that makes it more difficult to lock the target. Being in the support position will make the most of Morgana's strengths. Hank brains the way and let go

If you see an enemy ad hiding behind a soldier, dropping it there is already a big advantage because the range

Because the flight path

is relatively slow, it is easy to guess the way and dodge, it is best for you to hide in the dust and use it, the stick rate increases to 99%. But pay attention to the soldiers.

Redefining what SP is at the moment, opening up new gameplay.

Possesses too many control effects.

Protect AD or yourself remotely.

is her trademark directional skill, but if she misses, she's a bit useless.

The short range of the ultimate attack requires getting close enough to play, leading to the risk of being sucked together in teamfights.