Best build Nami Wild Rift and latest Runes. How to play combos, skills, pros and cons, and counter this champion in the current meta. 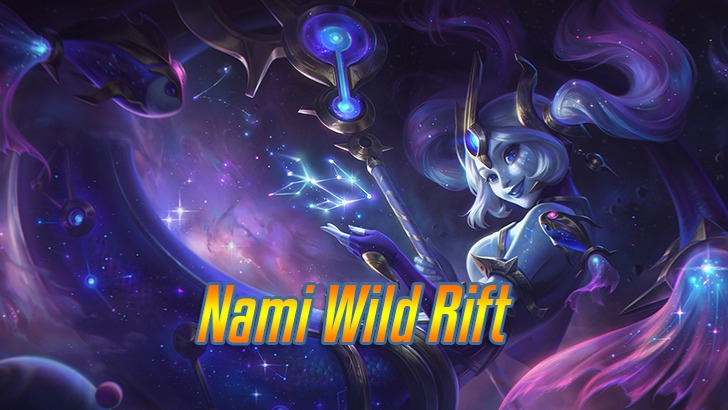 Nami Wild Rift is a mage who plays a support role thanks to a skill set that buffs teammates with both health and attack power. Not only that, but also have in hand knocking skills and tools to open wide-area combat.

The way to build Nami Wild Rift is to focus on reducing cooldown and mana to be able to continuously buff allies for damage and speed. At the same time, a bit of magic power to make the Tsunami skill more powerful. 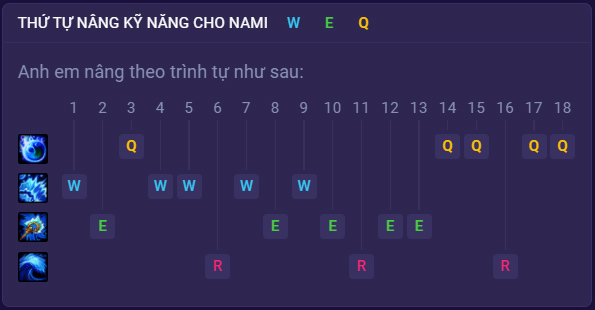 Slow lasts for 2-4 seconds, increasing with how far the wave travels. Allies touched gain double the effect from Surging Tides.

How to play Nami

During the laning phase, Nami must constantly poke the enemy AD, breaking the ball to prevent it from Farming. Tide skill is an inhibitory skill that both heals the brother and damages the other AD guy.

One of Nami's crying combos is that you use Tsunami to knock up CC and then time it to add Water Prison. Double calcium and mistaken CC for what.

When Combat, remember to stand in the right position to avoid being caught doing grills before you can breathe with your teammates.

With detailed instructions on how to choose the latest Nami Wild Rift Runes. And how to build Nami Wild Rift on a case-by-case basis, hopefully you will terrify your opponent with the ability to support teammates to the maximum and the ultimate move to slow down the entire enemy team of Mermaid.