Best build Nasus Wild Rift and latest Runes. How to play combos, skills, pros and cons, and counter this champion in the current meta. 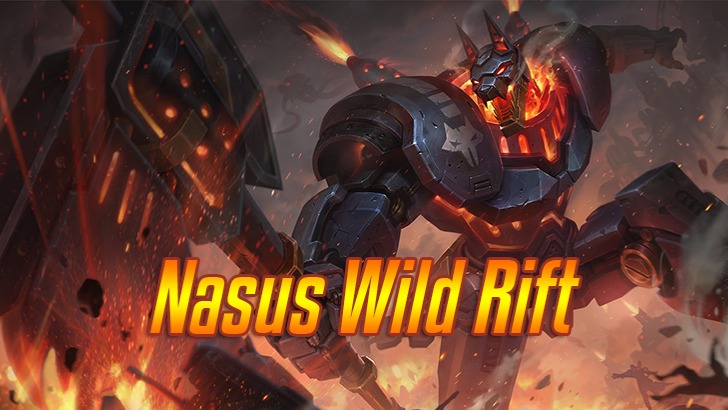 Nasus Wild Rift is a fighter and also a tank that grows in strength over time. The early game is the most difficult time, but from the middle and late game, Nasus is too domineering with big hits despite the damage of the entire enemy team. 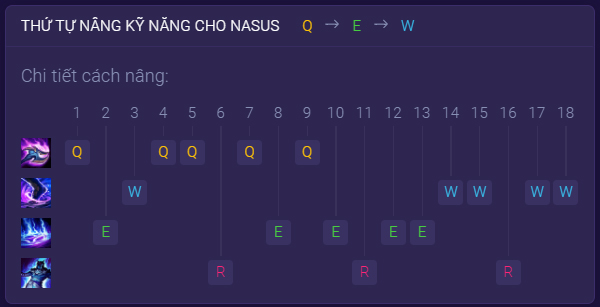 Empowers next attack within 10 seconds to deal an additional 25 physical damage (25 + 0).

If Siphoning Strike kills the target, its damage is permanently increased by 4.

FURY OF THE SANDS

Siphoning Strike's cooldown is reduced by 50% during the duration.

How to play Nasus

Farm lots of early stages accumulate a lot of souls. Nasus is a champion even in the early stages is nothing when Nasus Wild Rift is farmed enough.

With detailed instructions on how to choose the latest Nasus Wild Rift rune. And  how to build Nasus   Wild Rift on a case-by-case basis, hope you will terrify your opponent with an explosion of power when farmed enough, there will be no opponent close to the Desert Wise.