Best build Nautilus Wild Rift and latest Runes. How to play combos, skills, pros and cons, and counter this champion in the current meta. 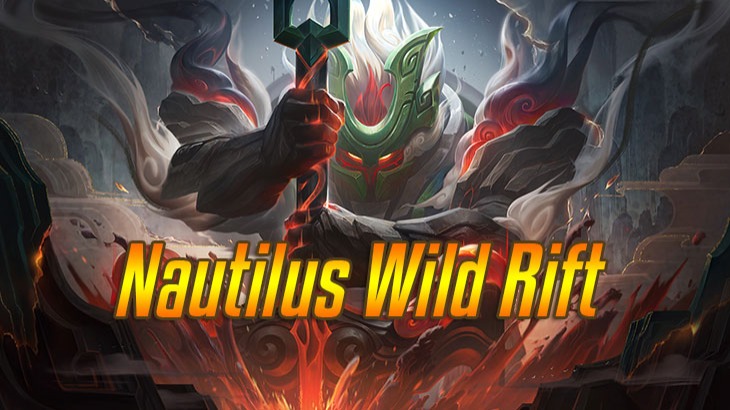 Attacks deal an additional 13 physical damage and root the targer for 0.75 seconds.

6s cooldown on the same target.

Hurls his anchor foward, dealing 70 AP to the first target hit an pulling them and Nautilus together.

If the anchor hits terrain, Nautilus pulls himself to the terrain and 50% of dredge line's cooldown and mana cost are refunded.

Gains a shield that absorbs 120 damege for 6 seconds.

While the shield holds, Nautilus attacks are em powered to deal an additional 40 AP around the target. Deals 150% damage against monsters.

Sends waves emanating outward that deal 60 AP and slow by 35% decaying over 1.5 seconds.

Nautilus fires a depth charge towards an enemy champion, dealing 150 AP, Knocking them up and stunning them for 1 seconds. Other enemies hit by the depth charge are also knocked up and stunned and take 125 AP.

How to play Nautilus

Nautilus is quite strong in the early game, especially when you have 3 skills, you can play to the fullest this stage.

Easy to put into any squad is also delicious with the ability to plant control.

Control almost takes over all of Nautilus's abilities.

The anchor's cooldown is very long, so if you miss it, it's a bit annoying, if you can't hit the aftershock to create armor, the health is a bit thin and easy to die.

Stand up or choose counter-support generals.