Rammus Wild Rift: God of speed, the king of the strongest tanker Wild Rift. High armor for normal attacks is also counter-damaged. The runes and standard build below will optimize Rammus's power. 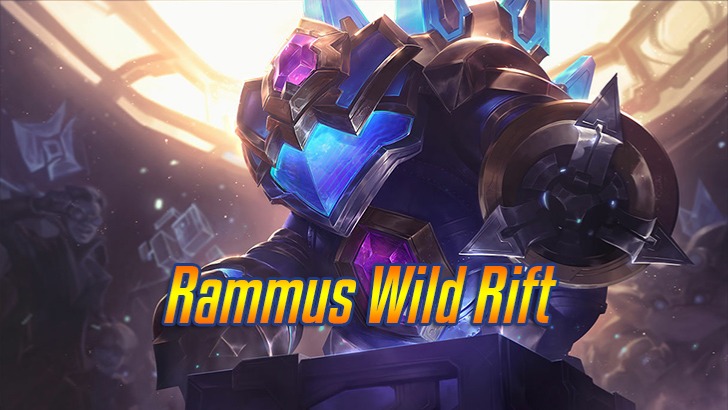 Go to the jungle or go to the top. Pangolin is really useful in ganking and in teamfights. Possessing all genres from slow, provocative, tossing. High speed also possesses both AD and AP.

Pangolin will need to increase armor and health items. In which Giap Gai is a must-have item. When resonating with the counter-damage skill, standing still for the AD to shoot will also roll out and foam at the mouth.

While out of combat gain, 32 (A) Movement Speed, increased to 96 (A) during Powerball.

Exit combat after not taking damage or using abilities for 5 seconds.

Activating cancels Defensive Ball Curl and puts it on cooldown.

Deals 175% damage to monsters. Activating cancels Powerball and puts it on cooldown.

Taunts an enemy champion or monster for 1.25 seconds and gain 35% Attack Speed decaying over 5 seconds.

If used during Powerball, Powerball's effects are applied at the center of the landing zone.

How to play Rammus

Farm the forest quickly to get money to buy things. When reaching level 5, there are enough combos that can be ganked.

The most effective gank approach is to use the Speed Orb and Shock Leap combo.

Before provoking turn on Defense Position.

Possesses the ability to control provocative.

Go to the forest fast.

Only strong in the mid game, need items and level 5 to maximize true power.

ghThe skill has a long cooldown, easy to get robbed at early levels.