Best build Renekton Wild Rift and latest Runes. How to play combos, skills, pros and cons, and counter this champion in the current meta. 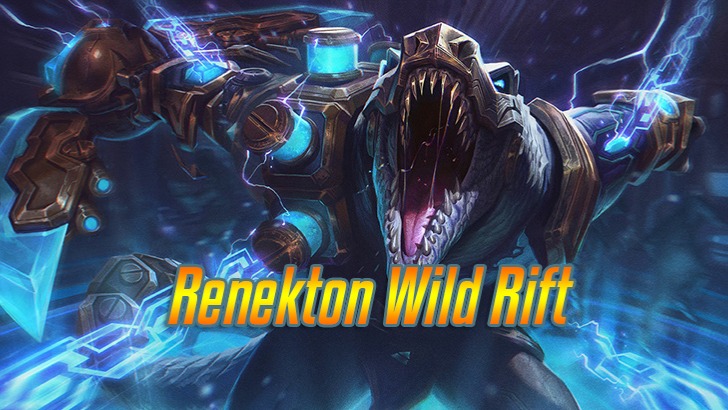 is a must-have item for Renekton's health, skill regeneration, and armor reduction. A complete combo with Black Ax will give the most optimal damage.

as an item that increases damage if you want to play Semi Tank. In addition, it increases endurance. When transforming into the Crocodile God and the passive of the claws, Renekton's size is a bit big. Now, thanks to the ability to resist effects up to 30%, Crocodile will have an additional chance to collide with more important targets.

for attack and armor, ensuring firmness without fear of stains and more bravery in combat. If there is a respawn, combined with fury and using a skill

ok, the above 3 dishes are enough, now need a comprehensive dish. Suitable for use when the enemy AD likes to crit.

This worn-out move heals too much. True to his healing style Crocodile.

Shoes, depending on the situation, choose the most fashionable model. Upgrade you can use as

is a skill that deals main damage as well as clears and heals so it needs to be maxed first. The remaining skills are up as shown.

Casting abilities with 50 Fury or more consumes that Fury for enhanced effects. Enhanced abilities do not generate any Fury.

Attacks generate 5 Fury. Fury gains are increased by 50% when under 50% Health. Out of combat, 4 Fury dissipates every second.

Dash in a direction, dealing 40 physical damage (40 +90% bonus) and generating 5 Fury for each enemy passed through. Hitting an enemy grants a second dash to cast within 4 seconds.

How to play Renekton

As you know Crocodile is strong from the beginning of the round. Even stronger in the middle. But in the end, there was a bit of a lack of medicine, so if you want to be aggressive, you have to thunder and rain from the beginning.

When level 3 Renekton already has a combo set. 1 2 3 50 Wrath did you drop any beats. When you reach at least 50 fury, you will be the general who is the lord of the next attack, very imbued with revolutionary ideals, so count it properly, if you hit a soldier, you will get 5 fury enough to be angry, then just give your co-stars favor. 1 and trade dame soften each other.

And if you are angry enough, you on the other side have about 1/2 to 2/3 of your health left and you want to eat. Then this is the combo that brings you together.

If you want to catch someone cute in combat, combine it with speed:

A standard combo can only fly AD colors.

Possess up to 2 healing skills.

Solo doesn't get bored of bctn.

Late game is getting weaker.

Quite sweet with long arms.