Best build Riven Wild Rift and latest Runes. How to play combos, skills, pros and cons, and counter this champion in the current meta. 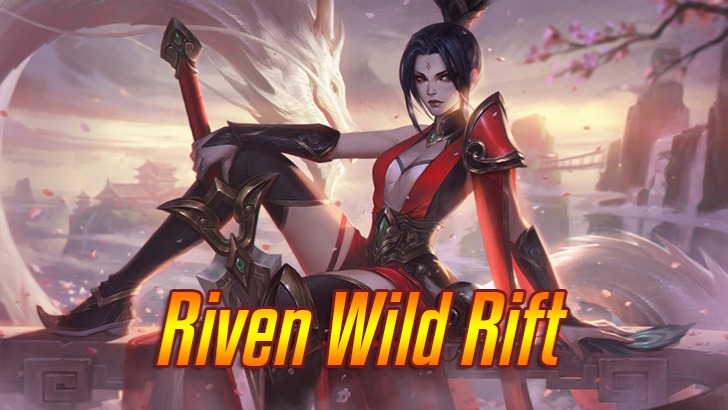 The build direction for Riven must be items with a tendency to withstand, standard damage and depth. Especially skill cooldown. Riven is a combo boss but the skill is not enough, what kind of combo.

It's the first thing you need to do. Riven relies on items a lot. The frequent collision, close to take damage, so it is necessary for items to increase health and reduce damage. The long-term turrets can farm a lot of soldiers, then they can grow up quickly. 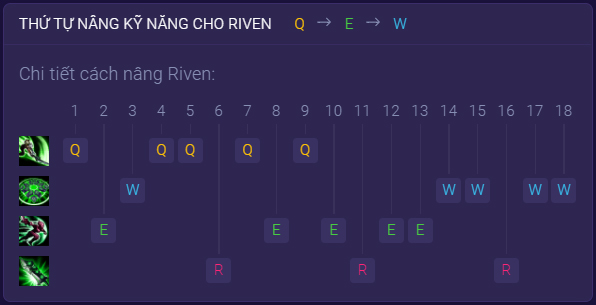 Obviously, the main skill to deal damage as well as to trade damage and farm soldiers is . Please increase the max first.

The third slash crosses terrain and knocks up nearby enemies for 0.5 seconds.

BLADE OF THE EXILE

Expand Riven's blade for 12 seconds, granting 20% bonus Attack Damage, increasing the range of her attacks and damaging, abilities, and granting a single cast of Wind Slash.

How to play Riven

Riven will reach the strongest damage when the wrath bar reaches 3 yellow lines. Your anger bar is below the blood column. Dry the machine at this time, only the best.

Riven wants to deal the most damage you constantly use alternating skills and basic attacks. This is also the way to cancel the attack animation. Like this, assuming you use skill 1 every time you drop down, it will take a little time to continue to add the 2nd time, then you can always use the passive while saving time delaying both lanes.

In teamfight or solo. Remember to turn on your ultimate before the increased range is easier to deal damage.

Maneuver to jump over all walls.

It is very easy to create a wombo combo thanks to the skill of knocking someone who likes this very much.

Total Combat can deal damage to the entire enemy team.

You need more muscle in your fingers than usual to make a bunch of combos for Riven.

That means a lot of practice.