Samira Wild Rift: is a gunner who can change weapons based on range. The huge explosive damage from the ultimate can wipe out the enemy team. The rune and how to build the strongest Samira according to the current Meta and instructions on how to play combos to gain the fastest Style stacks. 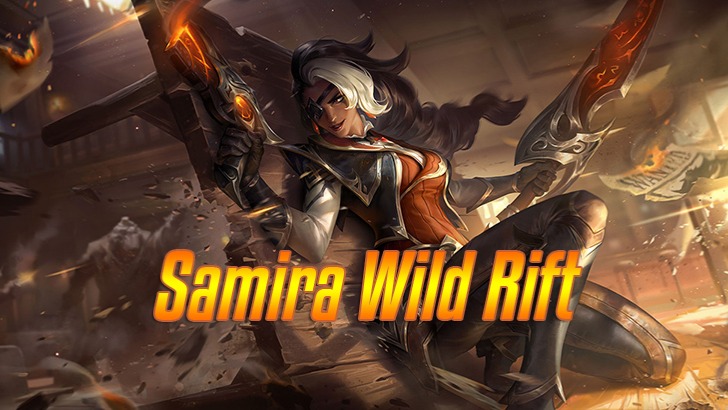 Samira's kit doesn't interact with attack speed, which means that building an attack speed item doesn't solve anything. Instead, you will focus on critical equipment, lifesteal, armor penetration.

is a must have equipment. It will interact with skills 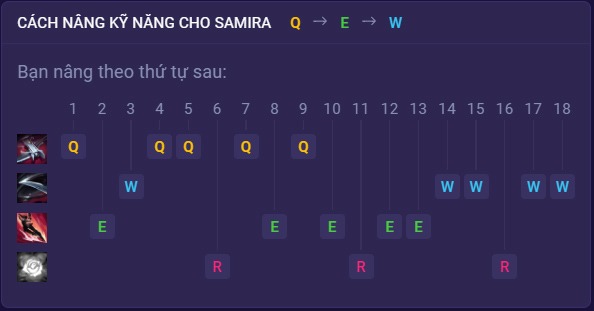 You need to max

to stay on lane longer thanks to the lifesteal ability. This is also Samira's main skill to farm as well as deal damage. Especially

with a very fast cooldown.

How to play Samira

Use different skills interspersed with basic attacks to reach S rank fastest. The best way is to learn Samira's combos to be more forehand.

However, you should avoid focusing too much on the enemy team to accumulate style points without paying attention to your health bar. Only rush when you have at least A's or the champions with CC skills have used up, or avoid rushing into champions with lots of CC skills.

Early game play it's safe to aim to level up early to unlock skills, allowing Samira's mobility to activate. Remember that when you reach level 5 Samira will unlock

this skill for terrible damage.

So rely on the support champion to avoid unnecessary transactions. If he encounters long-armed generals, Samira is still difficult to farm, let alone trade damage at the first levels.

Guns to farm ranged minions, swords to farm melee minions. Can be used

to eat minions from afar while avoiding being poked without worrying about consuming too much mana.

And in case you need to push the soldiers quickly, use the sword. Because in the form of a sword, the damage is relatively large and wide.

is a tool used to escape when being ganked

Once you have style points and the ability to approach enemy champions, you can now play stronger. Mid-game is also Samira's strongest phase.

At the end of the game, don't wait to start the fight, let your tank champion open and receive most of the control skills. Then jump in.

When Samira rushes into the teamfights, use CC to control. Just killing before you can accumulate enough Samira style points won't do anything.