Best build Tristana Wild Rift and latest Runes. How to play combos, skills, pros and cons, and counter this champion in the current meta. 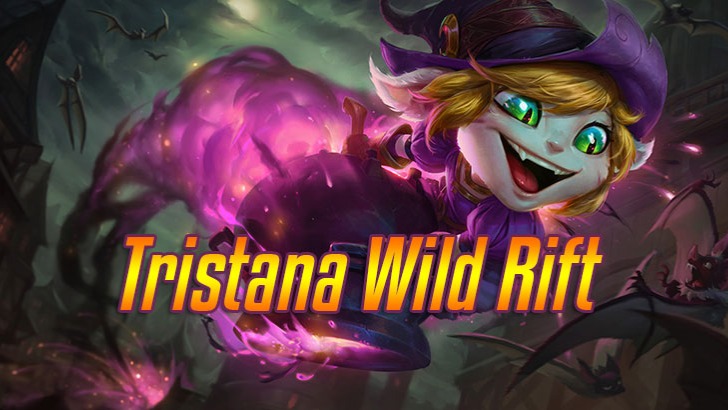 Tristana Wild Rift is a genuine AD Carry gunner. The range increases with level and the amount of damage is not small.

Extremely mobile with too many ways to attack and defend. Even possessing control skills. Don't go alone and get caught by Tristana. 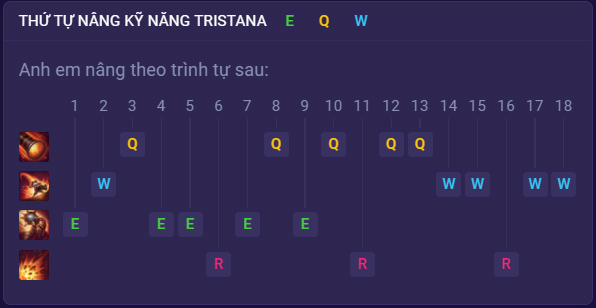 Increases the range of attacks, Explosive Charge, and Buster Shot by 10 per level.

Active: Places a bomb on an enemy or turret, dealing 70 physical damage (70 +55% bonus +50% ) to nearby enemies. Tristana's attacks and abilities charge the bomb's damage by 30%, stacking 4 times.

How to play Tristana

Playing Tristana is easy. This is a champion that depends on furniture, so it needs more gold at the beginning of the game to start a business, so take the initiative to gently beat the emotions mainly to earn money to pay bills.

By the time you have enough items, you can satisfy the pleasure of farming life instead of farming soldiers.

Gunpowder is used first when farming soldiers to avoid farm failure because this skill will explode and accidentally cause you to miss the cannon, then it will be black again.

Keep Rocket Jump in case you don't know the direction of the enemy team's jungle and use it when you need a kill.

Push the road extremely fast, the structure is stable.

Up to 3 skills to escape the fight

Play is not cramped at all, there is a chance to rush in for a kill. Done jump out to escape the fight.

Weak in the early game