Best build Tryndamere Wild Rift and latest Runes. How to play combos, skills, pros and cons, and counter this champion in the current meta. 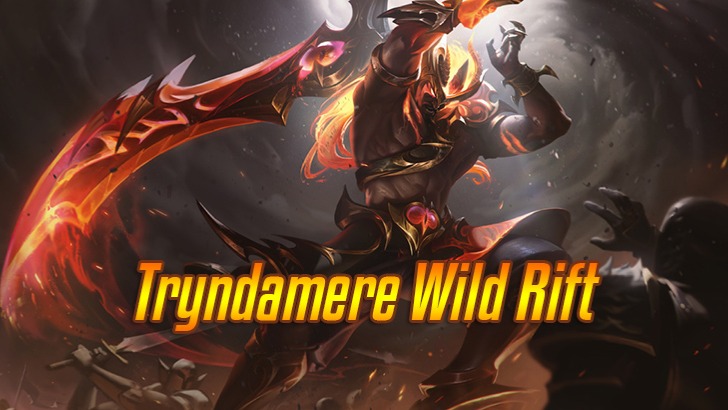 Tryndamere Wild Rift is a gladiator possessing dashing slows and ultimates that deny 300 gold to instant gamers. Tryndamere is played in the Baron position but can be held in the jungle.

Gains 5 Fury with every attack, 2.0 from critical strikes and 15 from kills. Loses 5 Fury per second after Tryndamere has been out of combat for 8 seconds. Battle Fury's Attack Speed bonus increases with Undying Rage's ability rank.

Reduces nearby enemy champions' Attack Damage by 25% for 2.5 seconds. If target is moving away from Tryndamere, they will be slowed by 20%.

Critical Strikes against minions reduce the cooldown of Spinning Slash by 1 second, doubled against champions.

Gains 2 Fury for each enemy hit.

Can be cast while crowd controlled.

How to play Tryndamere

With detailed instructions on how to choose the latest  Tryndamere Random Rune board.. And how to build Tryndamere đồ Wild Rift on a case-by-case basis, I hope you will terrify your opponent with the fast slashing ability and hegemonic healing of Concubine Man Di.