Best build Vayne Wild Rift and latest Runes. How to play combos, skills, pros and cons, and counter this champion in the current meta. 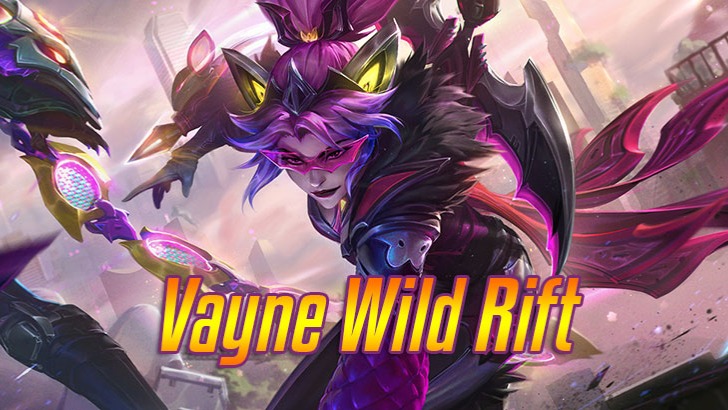 Vayne Wild Rift is a gunner with an assassin's ability to possess a passive that deals tremendous physical damage. Accumulating damage, stunning armor breaking is the fear of any tanker.

Vayne is played in the Dragon lane or top lane in Wild Rift.

The way to build Vayne Wild Rift is to increase output damage, attack speed, crit, lifesteal and 2nd replay ticket. With the above build, Vayne has more than 2 handicap and is suitable for fighting with ADC champions, fighter. 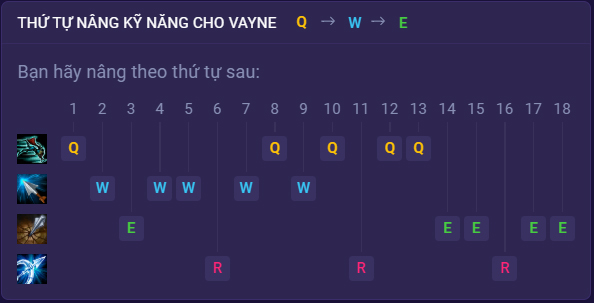 Dashes forward and empowers her next attack to deal an additional 24 physical damage (40% ).

Tumble does not go through walls.

Passive: Every third consecutive attack or ability on the same target deals additional true damage equal to 3% of the enemy's maximum Health.

Active: Gains 40% Attack Speed for the next 3 attacks within 5 seconds and heals for 40% of the damage Silver Bolts dealt.

Passive deals at least 50 true damage. Passive damage is capped at 200 against monsters,

When an enemy champion damaged by Vayne dies within 3 seconds, Final Hour's duration is extended by 4 seconds, up to an additional 8 seconds.

How to play Vayne