Best build Xayah Wild Rift and latest Runes. How to play combos, skills, pros and cons, and counter this champion in the current meta. 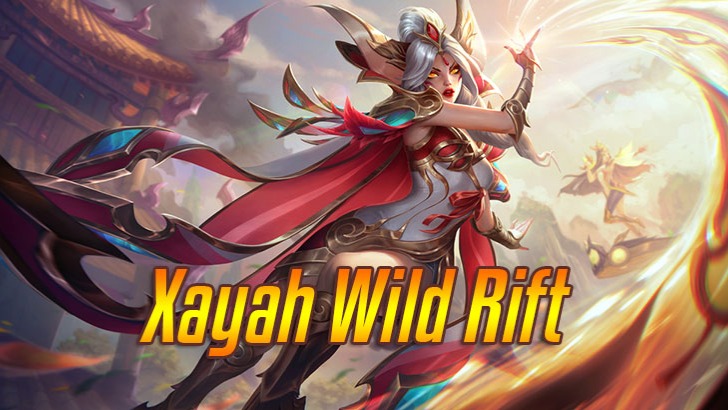 Xayah's strength is that the more you spam, the more feathers you will have. Therefore, you need to build items with skill recovery points as much as possible.

After using an ability, Xayah's next 3 attacks will hit all enemies along their path and drop Feathers she can recall. Xayah can store up to 5 Feathers at a time.

Lover's Leap - Xayah and Rakan can join each other's recall. Both will reach the Summoning Platform when the initiator's recall ends.

Creates a storm of blades for 4s that grants 35% Attack Speed and causes attacks to deal 20% more damage.

If Rakan is nearby he will also gain the effects of this skill.

Calls back all Feathers, dealing 60 physical damage (60 + 80% bonus ) to enemies they pass through. Hitting an enemy with 3 Feathers roots them for 1.25s.

Leaps into the air, becoming untargetable and throwing out a fan of daggers which deal 125 physical damage (125 + 100% bonus

) and leave behind a line of Feathers. Can move while in the air.

How to play Xayah

Choosing the location to place the Feather is very important to decide whether you know how to play Xayah Wild Rift or not as it is both a trap and an inconvenience that makes the opponent not farm safe.

Always have a sufficient amount of mana ready for the ultimate in combat because you only have this skill to escape and to Outplay.

Xayah Wild Rift at the beginning of the game is not strong, actively farming and drawing is a wise choice.

The ability to summon Feather is extremely haunting and annoying for any champion who has to face Xayah.

She's the type of girl who doesn't like to take the initiative, but often passively attacks, so she doesn't have a lot of chasing and killing opponents.

Only the ultimate to dodge CC or damage.