Best build Xin Zhao Wild Rift and latest Runes. How to play combos, skills, pros and cons, and counter this champion in the current meta. 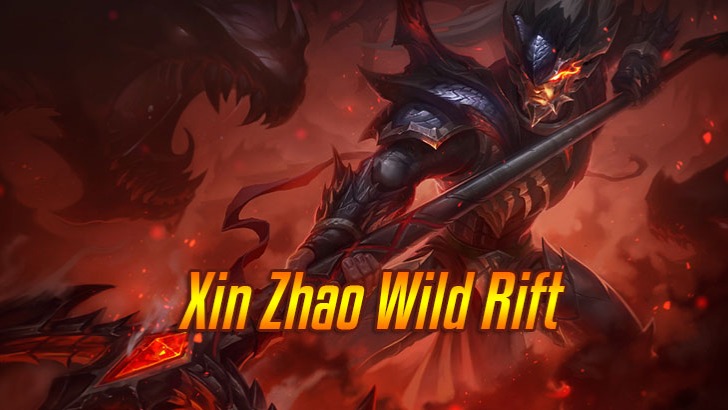 Xin Zhao Wild Rift is a fighter and tank when needed. With high damage ready to rush into the middle of the enemy team and break the formation with a powerful ultimate. Thanks to his mutant ability Xin Zhao is very useful for ganks that require quick access to the target.

The most suitable position for Xin Zhao Wild Rift is in the Jungle. Going to the jungle doesn't lose any blood, being a champion that's too bad solo 1-1 doesn't get bored of anyone

In the Xin Zhao Wild Rift build, the first target is the Three Hop Sword that has enough damage and increases survivability each time it rushes in like a moth. Besides, there are items that resist healing. 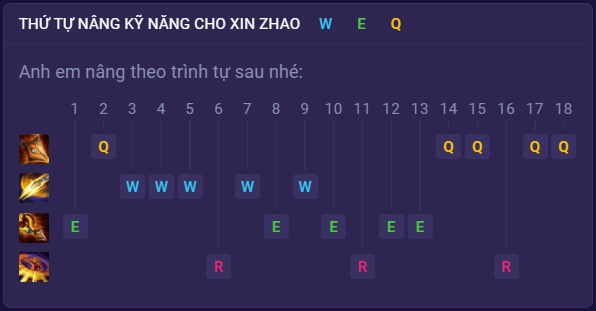 Empowers the next three attacks to deal an additional 20 physical damage (20 + 40% bonus ) and reduce the cooldown of other abilities by 1 second.

The third attack knocks the target up for 0.75 seconds.

The furthest enemy champion or large monster hit is Challenged for 3 seconds, increasing Audacious Charge's cast range at them.

This ability's cast range is increased against a Challenged target.

Passive: The last champion hit by an attack or Audacious Charge is now Challenged.

Active: Sweeps his spear, dealing physical damage equal to 75 (75 + 100% bonus + 80% 2) plus 15% of enemies' maximum Health and knocking all enemies back except the Challenged one. For the next 5 seconds, Xin Zhao blocks damage from enemies far away.

How to play Xin Zhao