Best build Yuumi Wild Rift and latest Runes. How to play combos, skills, pros and cons, and counter this champion in the current meta. 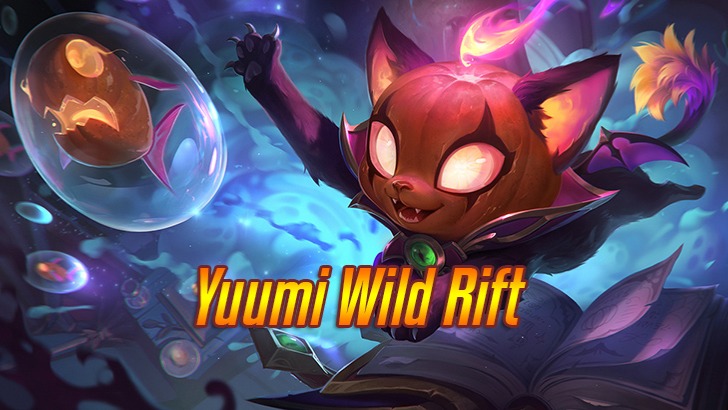 Thanks to the ability to cling to teammates Yuumi will not need to immediately put on shoes.

heal your teammates a lot and are too low on mana. Let's go up from the beginning

How to play Yuumi

First you have to memorize Yuumi will create a shield and give the whole champion a stack each time Yuumi basic attacks an enemy champion. And the key is to restore mana to Yuumi. You should often jump out to fight enemy champions to avoid too much mana shortage. At the same time, block a few hits for your team's generals.

In short, when you go to lane, you normally hit a trade dame and then swing on your allies to create armor.

When entering combat, don't just stick to AD, but now you have to be flexible, on the one hand cover the champions who are weak in health, on the other hand, look to the generals for a lot of damage.

Specifically, you should first stick to the generals who rush to open the fight to use the ultimate to tie multiple targets to create wombo combos. Then swing back to cling to AD, for example. I thought it was leisure but I had to jump numbers continuously if I was a person who knew how to play Yuumi.

In the case of swarming, hover

for more than 1 second for maximum damage output.

Tips: When teammates return. If Yuumi is entangled, she will also be returned.

Easy to play and leisurely.