Best build Zed Wild Rift and latest Runes. How to play combos, skills, pros and cons, and counter this champion in the current meta. 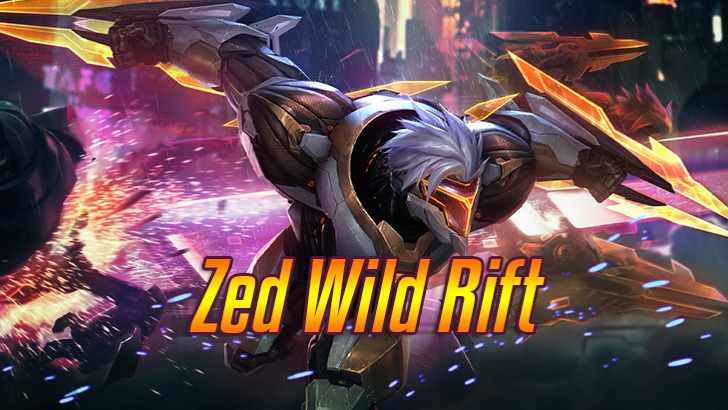 Zed Wild Rift is a melee assassin with tremendous shock damage. Besides, thanks to the Shadow Clone skill, it creates a Zed shadow that can freely choose the location to appear, which is extremely useful when needing to escape.

Zed Wild Rift builds are items that increase physical damage. Because Zed's fighting style is simply to quickly destroy damage. Of course, there is no need to exchange skills. Choose an enemy champion to rush into combos with all abilities then withdraw from combat. 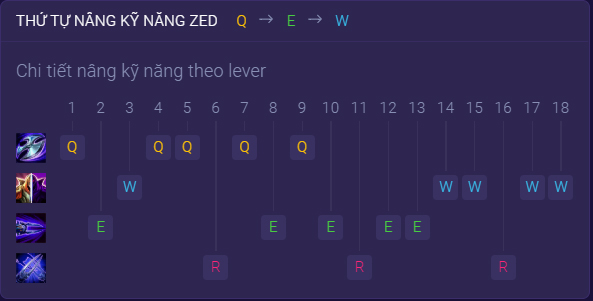 Contempt For The Weak

Passive: Zed gains 35 Energy whenever an ability strikes the same enemy twice. Energy can only be gained once per cast ability.

Active: Zed's shadow dashes forward, remaining in place for 4.5 seconds. Reactivating Living Shadow will cause Zed to swap positions with his shadow.

Zed and his shadows slash, each dealing 70 physical damage (70) + 70% bonus ) to nearby enemies and slowing them by 25% for 1.5 seconds. Slashes beyond the first striking the same enemy deal 60% damage and increase the slow by 50%.

Zed becomes untargetable and dashes to target enemy champion, marking them. After 3.5 seconds, the mark triggers, dealing physical damage equal to 64 (100% ) plus 25% of all damage dealt to the target by Zed while the mark was active.

The dash leaves a shadow behind for 6 seconds. Zed can reactivate Death Mark to switch positions with this shadow.

How to play Zed